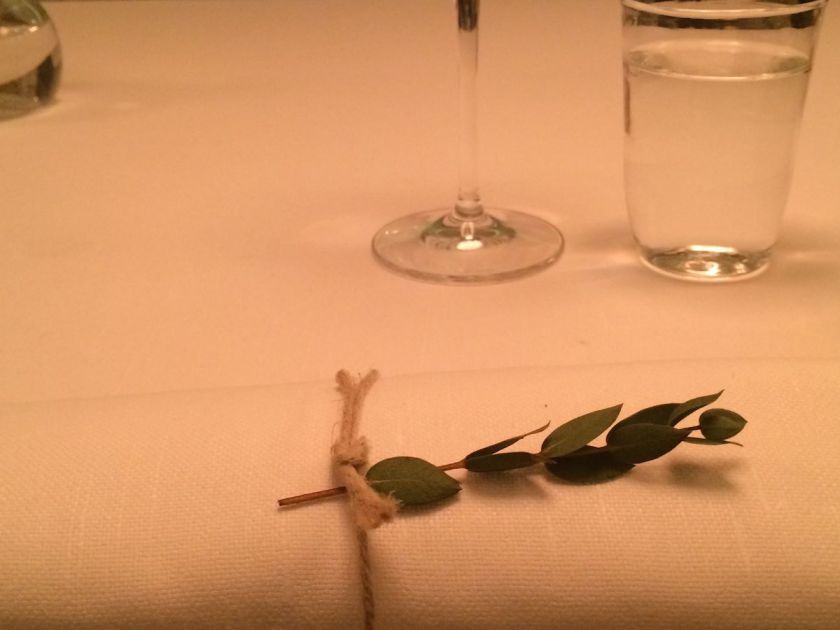 The night was dark and frosty as we set out for our evening meal. A table had been booked and was waiting for us. Our hearts were beating a little fast as we were running late but also in anticipation of our meal. Not one of us had been there before. We had walked past many times, but the long white undulating and impersonal curtains stared back and revealed nothing. We arrive at the front door and peer through the window pane down the corridor. We glimpse some activity at the far end, dashes of white movement amongst glistening steel. A waiter comes to greet us at the entrance and accompanies us to our table. We make our way past the long wooden fronted workbench where chefs stand hunched over pots and saucepans.

We seat ourselves and as we are poured a thirst-quenching glass of the house champagne, 2007 vintage Deutz, we are quizzed as to whether we have dined here before. To the answer “no”, the waitress looks at us enigmatically and glides off to fetch us the menu. We open it, only to discover a blank page, with the inscription “Let today’s produce decide”. With that we are given one clue: the dishes would be made from some of the produce displayed on the sideboard. We recognize root vegetables and spot some jars and clear bottles filled with unidentifiable dark and amber coloured liquids (but luckily no viper tongues nor rat tails). 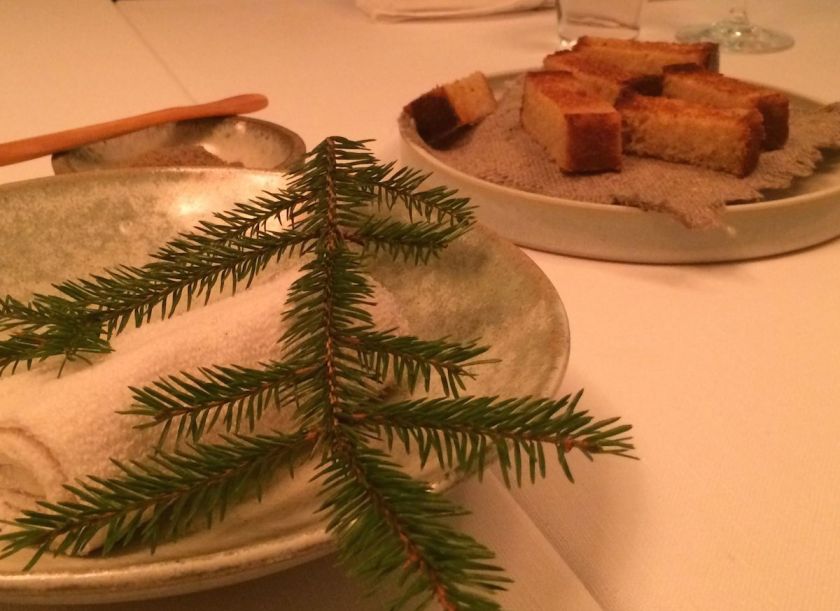 After some tasty bread, we are served the first of our appetisers, a cracker made from reindeer blood served with roe and sour cream. That dish was to set the tone for the entire supper: unusual ingredients, startling combinations, subtle and novel taste sensations. 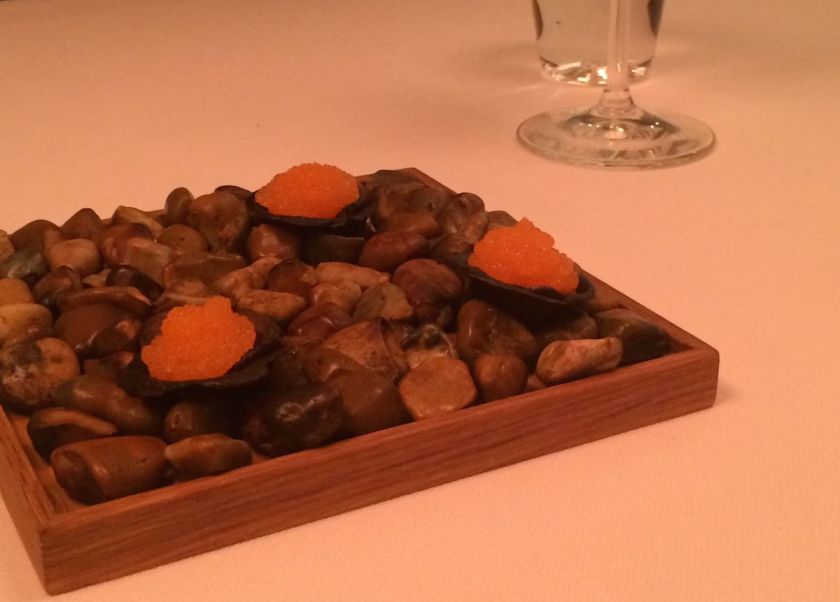 We barely have time to recover from the surprise of the first appetiser – can a cracker really be made from blood, and reindeer blood to boot, yet be very tasty – when four more appetisers follow in seamless succession. Chicken liver with meringue and apple, Quail egg marinated in homemade pea soy sauce, Raw mushroom with a cream of toasted yeast, and an Algae broth with lovage. 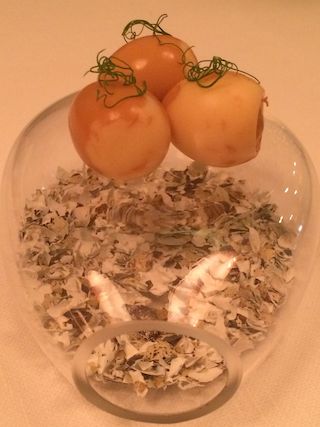 Each dish is beautifully presented, tantalising both sight and taste. The flavours are earthy, yet delicate. Ingredients are revealed in a new light and rediscovered afresh: had one ever previously realised how perfumed, delicate and sweetly crunchy a mushroom was? Can an apple be prepared in such a way that it becomes the essence of apple? The very fruit that evokes the autumnal and winter months, the resting earth, forests, smoke and the crisp air?

While some ingredients appear totally unlikely – toasted yeast – others are long forgotten. Lovage, a plant belonging to the parsley family, was popular in the Middle Ages and was used for its culinary as well as medicinal properties. Today it is under the influence of Japan, cooked in a soup blended with seaweed. Served hot it signalled a transition in the meal and prepared the palate for the warm main courses. 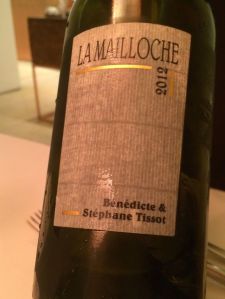 A waitress brings us some fresh glasses and serves us a French biodynamic Chardonnay from Arbois in the Jura produced by Domaine André et Mireille Tissot and vinified by the couple’s daughter-in-law and son. Pondering on what would be served next, we glance towards the kitchen when a bearded chef from a foreign land appears with the next course, a beef tartar with ashes of hay. But this is no ordinary meat. It has been sourced not just from a known farm but right down to a specific cow. And in this instance it was poor Silvia. 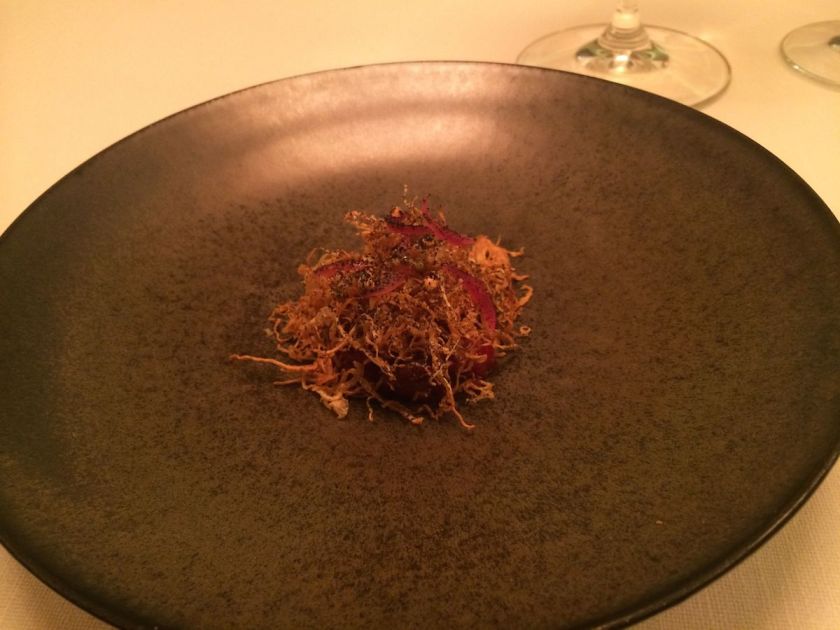 Tartar from the cow Silvia with hay ashes

After the unusual tartar, we assume that the meal is coming to a close, but it is in fact only the beginning of a sequence of seven dishes, each one more phantasmagoric than the other. A razor clam-looking grilled leek served with Japanese udon noodle-like squid, a langoustine parading as a sea serpent and a Miró inspired arctic cod and pickles.

The descriptions given for a few of the courses are somewhat gory and could have come straight out of a medieval cookbook: Langoustine with cream made from the head, and kohlrabi. The details are possibly intended to slightly startle the modern diner, to act as a reminder that no part of an animal should be wasted. Indeed parts that are not served as prime cuts often add the most flavour to a dish. The diner is thus taken on a little emotional roller coaster ride: senses are on high alert at the description of the course before they are overcome by the succulence of the food. 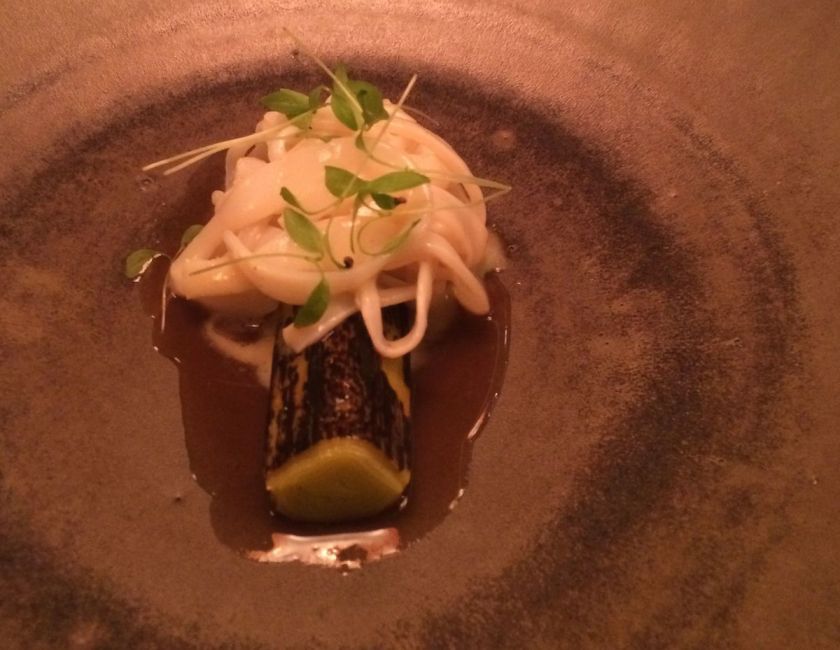 Squid from Kattegatt with grilled leek and beer

Langoustine with cream made from the head, and kohlrabi

Arctic cod with sauce made from its head and pickles 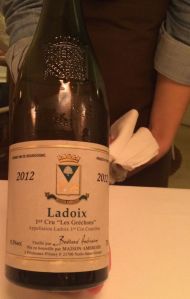 Two separate white wines were chosen to pair with the seafood and the arctic cod. A wine with more acidity for the former, i.e. a 2013 organic German dry Riesling from Rheinessen produced by Weingut Wittman, and for the latter an elegant 2012 Ladoix Premier Cru Les Gréchons from the Côte de Beaune produced by Maison Ambroise. 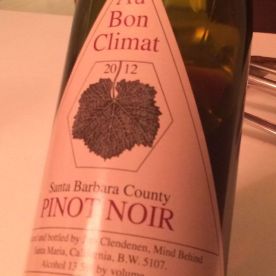 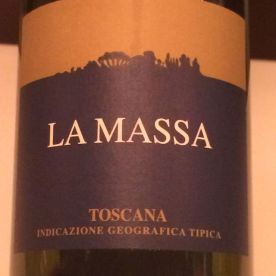 After the intensity and sweetness of the reindeer meat we realise that we have reached the high point of the meal and that it is now time for a decrescendo of sorts. Along come desserts but not as one might expect. They are refreshing, cold and tart with a savoury type of sweetness: Frozen rhubarb mead with pickled rhubarb, Spruce ice cream with Gloster apple and Parsnip with whey ice cream and caramelised whey butter.

The entire meal was structured like a piece of music with an introduction, first group, transition, development, recapitulation and finale. All of this carried out at different tempos and in different keys. The strength of Gastrologik is in creating a real emotional and totally contemporary experience. The quality of the raw material used in the food preparation is something that Gastrologik pride themselves on. All the produce whether it be fruit and vegetables, dairy, eggs, flour, meat etc… is sourced in Sweden from people that Gastrologik have a working relationship with. The produce is organic, sometimes biodynamic, and is seasonal. As a result the diner feels strongly rooted in the present and connected to the land and place where he happens to be. The freshness of the products is not all though. On explaining how he or she managed to make a beautiful wine, a winemaker might comment “I did nothing, it was the grapes”. At Gastrologik, however, it is not just the quality of the raw ingredients shining through. The choice of the produce, what is done with it and how it is combined is exciting, creative and utterly sensational. Gastrologik are right on trend in weaving in Japanese inspiration with produce born out of Swedish traditions and handcraft. As for the non-food part of Gastrologik, it goes without saying that the service was excellent, the wine delicious and the dining room tastefully designed.

We finish up our last dessert, a Tartelette with sloe stone cream and preserved berries, sip the last sips of the fantastic Swedish Brännland Ice cider and prepare to leave. Befittingly a Jerusalem artichoke toffee is the closing point of the evening. We walk out of Gastrologik, elated and dazzled, and most definitely transformed from the experience.